Do you plan to visit Malaga this year? Perfect! Many tourists visit Costa del Sol and Malaga every year for scenic landscapes, sandy beaches with seaside promenades, old castles, and world-class restaurants. Málaga is an old Mediterranean seaport that has a multifaceted heritage.

This incredible place is known for its historic and cultural attractions like a medieval Moorish castle, ruins of a Roman theater, and Alcazaba fortress. There are also many other things to see and do during your trip. Read on to discover the top 10 Malaga attractions. 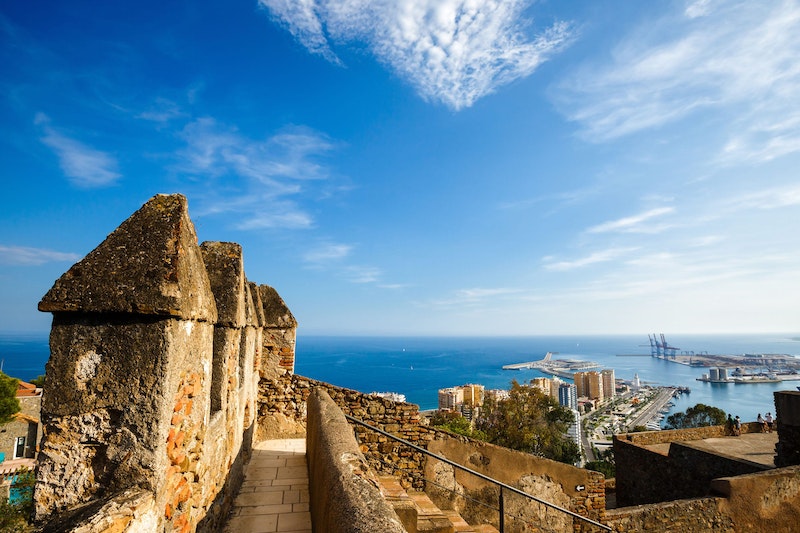 This Moorish fortress is a must-see for everyone who visits Malaga. It stands splendidly above the Alcazaba on the Mount Gibralfaro summit. For many years, the Castillo de Gibralfaro has been completely impregnable. Today, this 10th-century castle welcomes guests and lets them enjoy panoramic views of the bay from the top.

Even though much of the fortification was destroyed, its remains still provide an enthralling historical scene. The old immense ramparts are the most noticeable remains of this medieval fortress. There are Islamic courtyards and the relics of different structures inside the thick walls. The building consists of eight towers and two lines of defensive walls that connected the Castle with the Alcazaba. 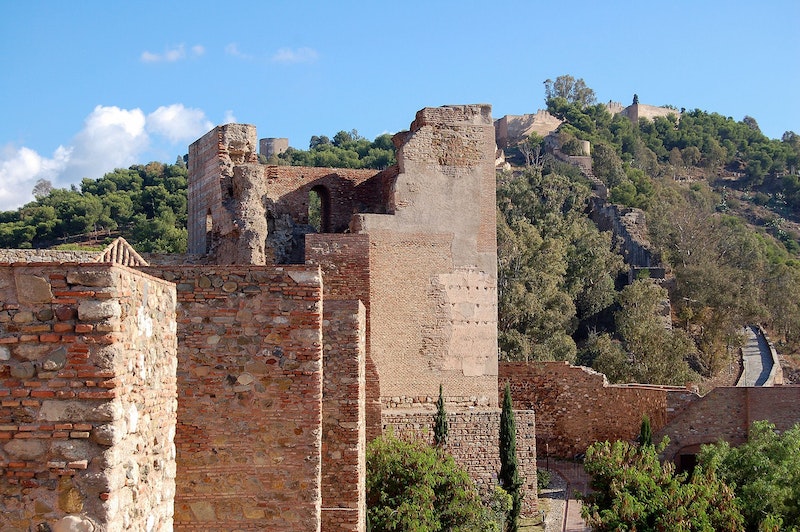 Many people regard Alcazabathe as the top landmark of Malaga. This ancient Moorish castle is located close to Mount Gibralfaro. The emblematic palaces, stunning fountains, and beautiful courtyards take visitors to another era. Alcazaba de Málaga was home to nobles, rulers, and kings of the time.

It was built in the eleventh century by the Hammudid dynasty. Muslim Alcazaba was designed with 3 circuits of numerous towers and stone walls. The structure is now renowned for its outstanding caliphal arch and Muslim works.

The remaining towers include the Arco del Cristo, Torre de la Vela, and the Torre del Homenaje. There are several viewpoints that allow visitors to enjoy the spectacular views of the city. 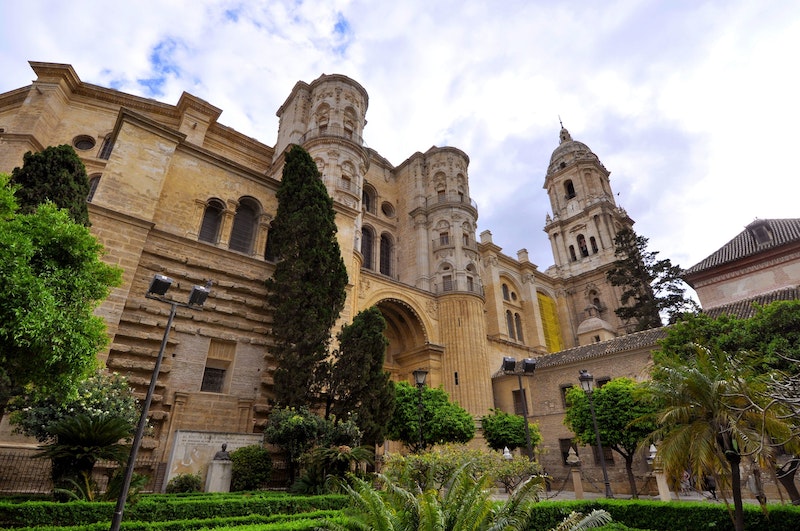 Located in the historic center of Málaga within the Old Town, Catedral de la Encarnación de Málaga (Málaga Cathedral) is the most significant architectural structure and cultural tourist attraction in this area. You can reach it from the Calle Molina Larios and the Plaza de la Marina.

The cathedral was built in the 17th century in the place of a mosque. This grandiose building only has one tower completed - the north tower. Once you enter, you’ll be dazzled by marvelous frescos and a fabulous Baroque façade. You will also marvel at chapels, including the Capilla del Rosario, Capilla de Los Reyes, and Capilla Mayor. They are all adorned with awe-inspiring paintings.

Roman theatre is located west of the Gibralfaro hill close to the Alcazaba de Málaga. The ruins of this ancient theater date back to the times when Augustus Caesar ruled. As a matter of fact, the Teatro Romano was built in the 1st century CE under Augustus' dominion.

The building was transformed into a local source of construction materials in the 3rd century by Arab conquerors. Today, Roman Theatre is an important tourist attraction in Malaga where theatrical performances take place from time to time.

It’s not just an attraction for tourists. The Teatro Romano is one of the historical reminders of the Roman Empire in this region that add to the cultural value of the city. If you want to discover other ruins and archeological sites in this area, we recommend joining the Tour of the Ruins of Italica. You are also advised to go on a Day Trip to Itálica Roman Ruins. An unforgettable tour! 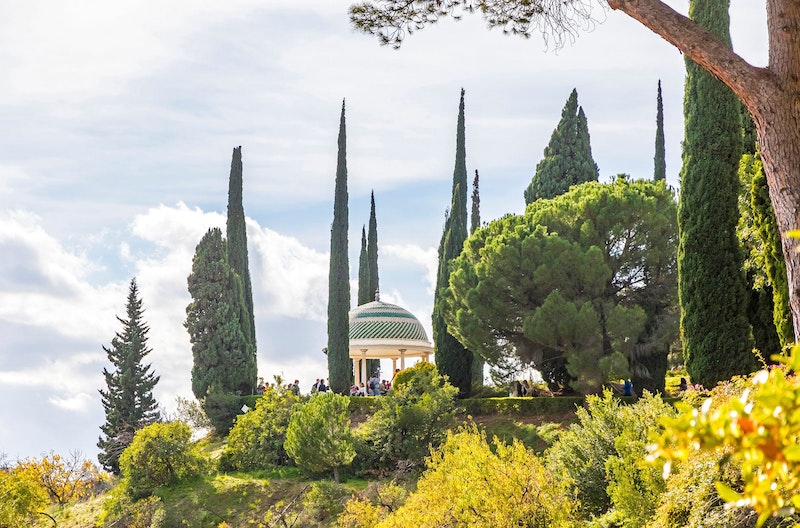 This miraculous botanical garden was designed by Marchioness and Marquis de Casa Loring in the 19th century. In fact, it consists of several grounds, each of which is filled with diverse subtropical, Mediterranean, and tropical flora. Jardín Botánico La Concepción contains a huge number of plant species from around the world.

The central garden (called Jardín Histórico-Artístico) that spreads over 3 hectares of grounds is the main highlight. In addition to a variety of exotic plants and unusual species, this historical-artistic garden also houses various neoclassical elements as well as spectacular fountains and waterfalls.

The Jardín Botánico is the largest garden. It encompasses 23,000 m2 of diverse landscapes consisting of thematic sections like cactuses, aquatic plants, and orchids. Take the time to explore them all.

Are you passionate about flora and fauna? Then you also need to go on the Bird and Reptile Eco Route in Tenerife. You will see many exotic plants and animals on this exciting tour, including the Drago Milenario and Dracaena draco.

Did you know that Pablo Picasso was born in Malaga? If you want to discover his artworks and learn more about the life of this famous painter, then you need to visit Museo Picasso Málaga while in the city.

Situated near the Plaza de la Merced in the center of the Malaga Old Town, the Picasso Birthplace Museum holds a valuable collection that contains more than 250 artworks and paintings. Some of the highlights of this precious collection include:

The unique stonework of this neo-gothic church makes it a hidden gem of Malaga. Maybe Iglesia del Sagrado Corazón is not considered to be one of the top attractions of Malaga but is worth visiting and exploring.

It is tucked away in Plaza de San Ignacio only a two-minute walk from Málaga Cathedral, so you can visit them both in one go. The church was constituted in 1920. Both tourists and locals come to this holy place to marvel at its archway entrance and tall spires while praying to God. 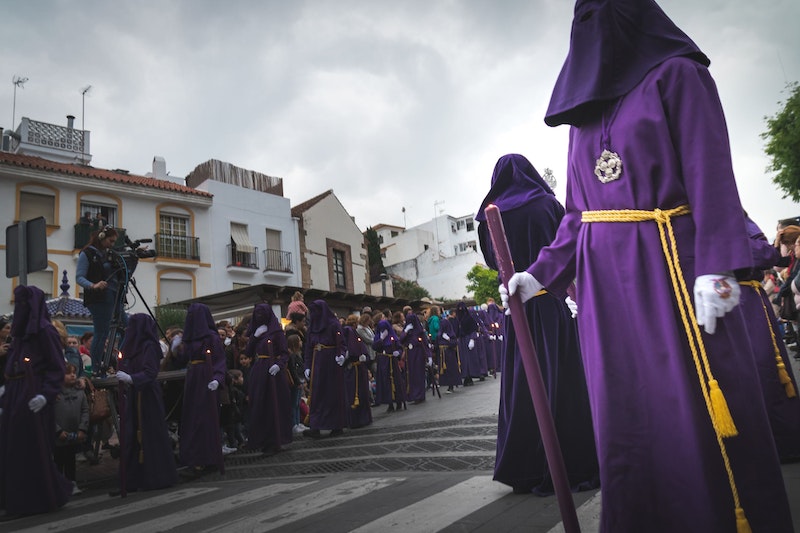 Here’s another thing you should discover during your trip to Malaga. It’s best to visit Semana Santa during the Holy Week celebration when it brings Malaga to life. This old tradition dates back over 5 centuries and it is still one of the top attractions. You might be wondering what makes it popular yet.

The processions highlight lavish floats that go hand in hand with musicians and marching bands performing flamenco shows. This procession route is followed by numerous penitents who carry flickering candles, which adds to the ambiance. Join them and experience Semana Santa at first hand.

Atarazanas Market dates back to the fourteenth century. This structure has been repurposed multiple times. Originally, this historic marketplace was an Islamic gateway. Mercado de Atarazanas also served as a Moorish shipyard. It is now an important tourist attraction in Malaga that houses numerous stalls, shops, cafés, and tapas bars. While not as popular as tapas in Barcelona, these bars serve a variety of specialties, including fried fish (pescaíto). 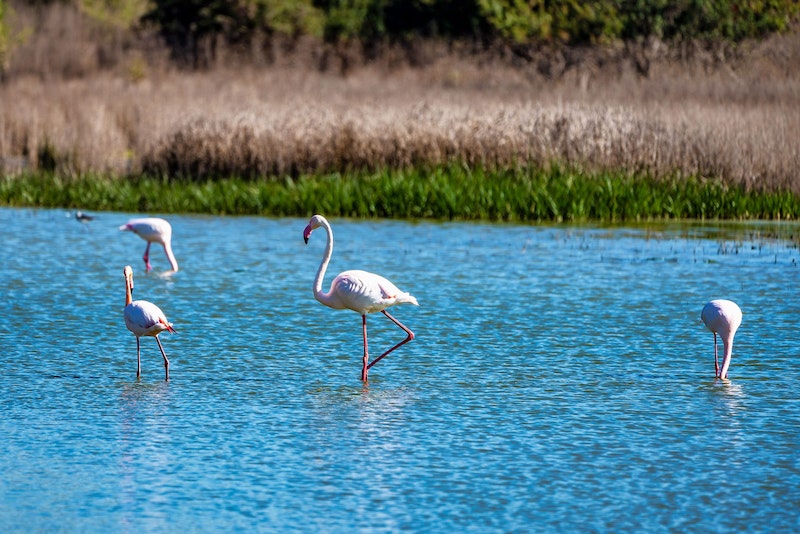 Malaga offers a lot of sea beaches. Not everyone fancies going to a beach, though. If you still wish to enjoy the sunshine and water, consider heading for new waters in Malaga Lake District. It is a good alternative to the sea.

You will be able to explore stunning countrysides, enjoy fun water sports, and much more. If you are interested in discovering the Andalusian countryside, we recommend visiting the cattle ranch of Toros Bravos.

There are several turquoise-colored lakes near Malaga. In fact, the lakes in Malaga are actually large reservoirs that supply the city with drinking water while providing a recreational area for fishing and water sports at the same time. This huge district is nestled in the Guadalhorce River valley roughly 30 kilometers north of Malaga.

Conclusion: Malaga is a beautiful place combining historic and cultural attractions like a medieval Moorish castle, ruins of a Roman theater, and Alcazaba fortress and much more.

Organizing a trip like this you will definitely love the destination keeping the best memories.

Check all the Malaga attractions we recommended and have a nice time!

Discover the monastery and national park of Montserrat, one of the most important landmarks of the region. Enjoy a multi-course seasonal meal and visit Oller del Mas, a millennial castle dedicated with passion to make outstanding organic wines.

Play a city exploration game where you search your surroundings for ways to solve fun challenges and puzzles that reveal amazing places and stories in the city center of Barcelona!

Avoid tiresome and disengaging group tours and inject some fun into your vacation with this self-guided discovery tour of Madrid. Using an interactive city exploration app on your phone, solve clues to uncover the stories of hidden gems and iconic sights.

Make this your most enriching and personalized experience of Spain and try to take with you "the air from Las Meninas", following the advice of Salvador Dali.

After a pleasant walk through the streets of Madrid with your private guide from your hotel, skip the lines and enter the magnificent Royal Palace on your personal guided tour.

Visit to the Caves of Drach!

Known to some as the city of three culture, because of its Muslim, Christian, and Jewish heritage.Toledo is a stunning medieval city that's an easy day trip from Madrid.

Discover Avila and Segovia in a private Tour where the client sets the schedules.