The co-capital of Greece, as Northers like to call Thessaloniki, has been associated for a long time with the Byzantine culture. As a result, many churches have been built throughout the city, creating the architectural identity of the place. Each one with unique characteristics that have granted them a place within the list of UNESCO heritage monuments. You don’t need to be religious to visit those places, just to be artistic – curious. 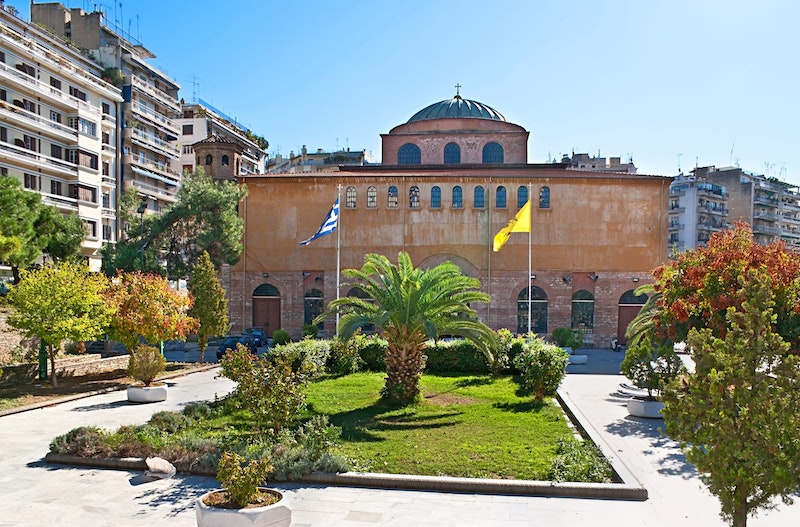 Most prominent church with existence since the 8th century, Haghia Sophia got the same name as the one in Constantinopole/Istanbul. There have been many alterations since it was changed to a mosque after the capture of Thessaloniki in 1230 by the Ottomans until its liberation in 1912. Mosaics from the 9th and 11th centuries can still be admired around this enormous church. 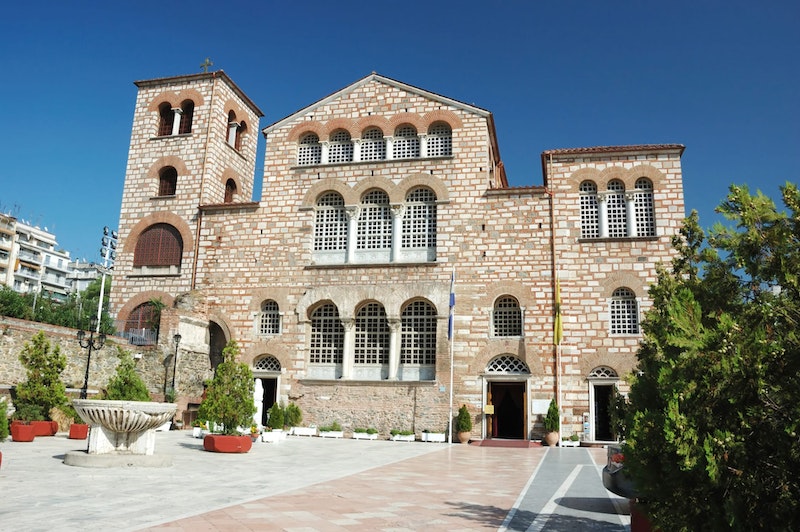 As the patron saint of Thessaloniki, Aghios Demetrios (Saint Demetrius) has his Byzantine church, built close to the Roman Agora. This marvelous five – aisled basilica was built earlier than Haghia Sophia, in the fifth century. This place never stops to amaze with its varicolored marble columns, beautiful mosaics, and remained frescoes, as well as with the crypt that can be found under the church with remains of a Roman road used during the antiquity. 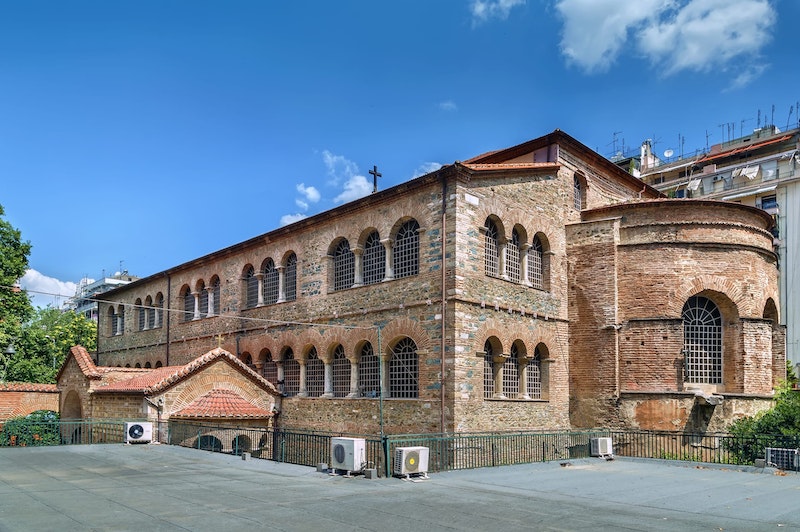 Due to an ancient Christian tradition, the icon of Panaghia Hodegetria that once resided in the church was believed to be made by divine, thus the name “Acheiropoietos” (not made by hands). This basilica is a great example of Byzantine magnificence and impressive architecture dated back to late 5th century AD. Beautiful frescoes and mosaics can still be admired by visitors. 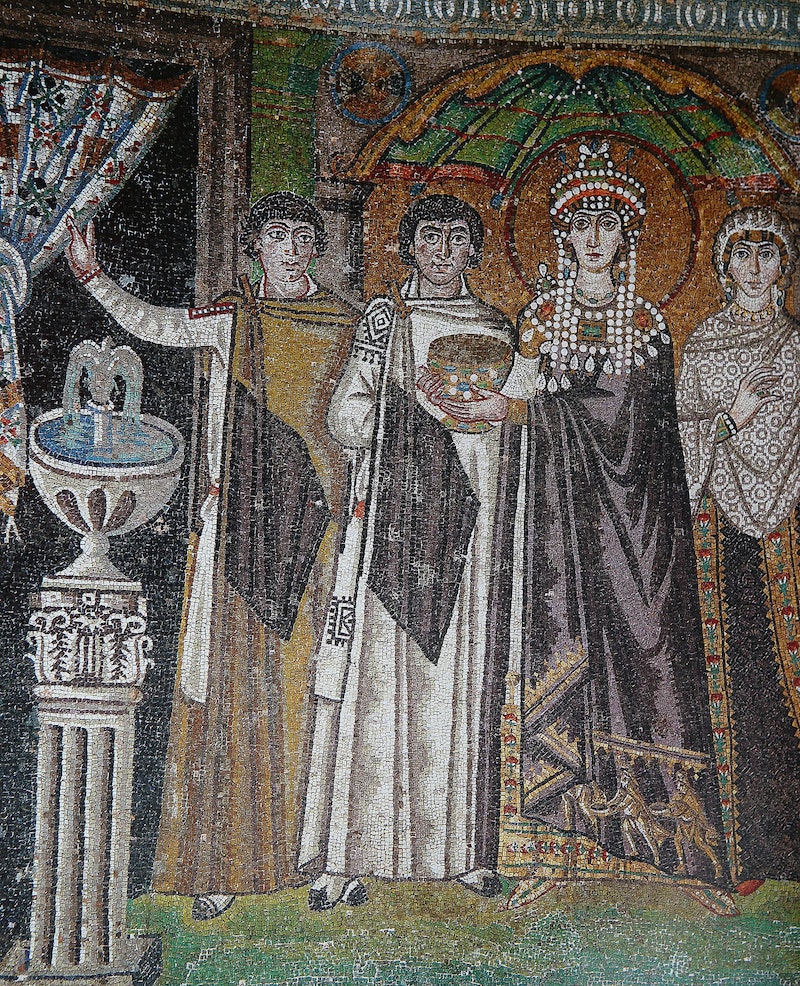 Another notable UNESCO World Heritage moment, the temple of Hosios David is another great architectural example that has been reconsecrated as a Greek Orthodox church after being converted also to a mosque during Ottoman occupation. A remnant of this period, the base of the minaret, can still be seen today along with admirable fresco decorations and rich mosaics on the walls. 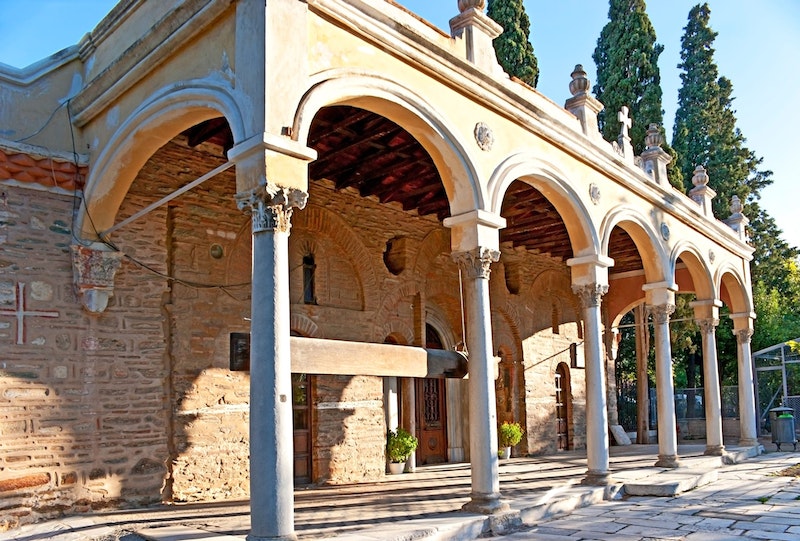 Located in Ano Poli, this monastery is one of the oldest UNESCO – listed monuments in Thessaloniki with major importance. It has been founded by Empress Anna Palaiologina on the spot where it is believed that Paul preached in Thessaloniki around mid 14th century AD. Today, there can be found many portable Byzantine icons, an extraordinary old church, and an aviary filled with peacocks. From the Vlatadon Monastery, you can have some of the best views of the city.