Athens is a vibrant city which is also incredibly diverse. With a unique blend of history and modern vibes, Athens certainly has something for everyone. Let’s have a look at some of the most fascinating neighbourhoods in the Greek capital and why it’s worth visiting each and every one of them. 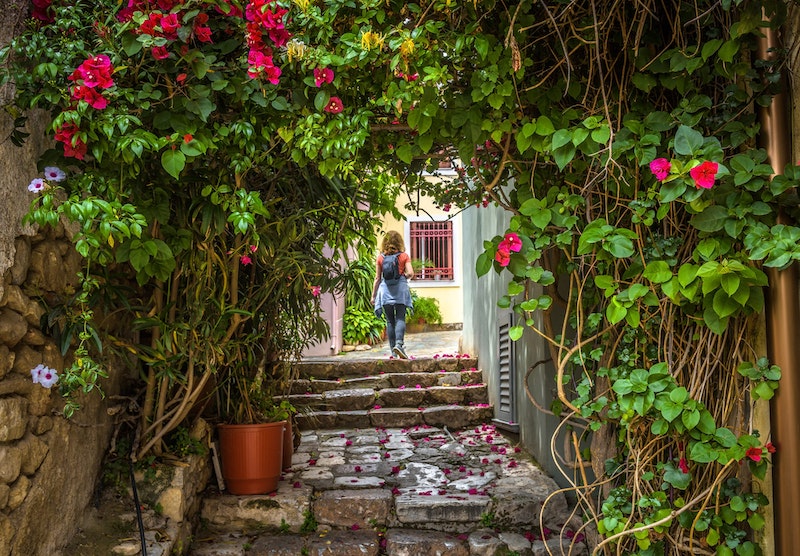 Undoubtedly, Plaka is the most charming part of Athens. Plaka is in essence the Old Town of Athens and the most picturesque neighbourhood in the Greek capital. It’s impossible to get enough of strolling around its narrow alleys with the colourful bougainvilleas and the sneak peaks to the Acropolis that looms above its quaint streets. 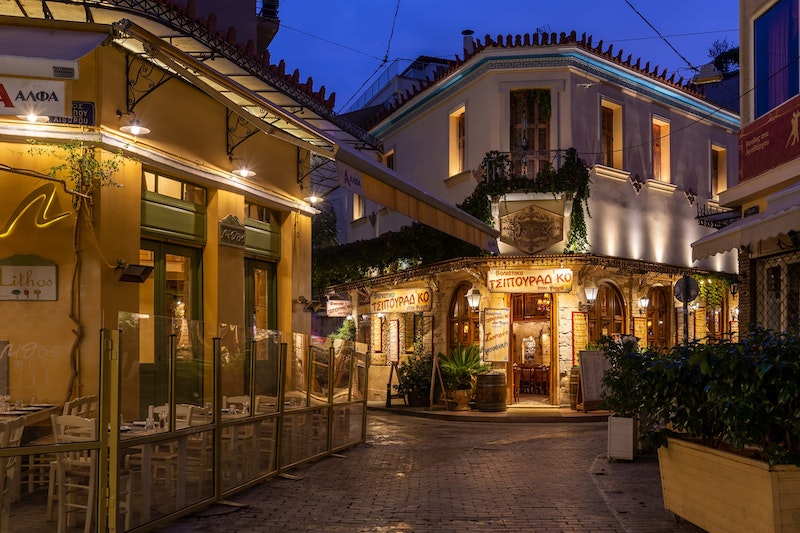 Psiri is the quirky side of the historical centre of Athens. A vibrant neighbourhood with countless bars and restaurants but, also, nostalgic antique shops, Psiri is one of the city’s best spots to experience the famous Athens nightlife. In the last couple of years, Psiri is also popular for yet another reason. Alongside nearby Metaxourgio and Gazi districts, Psiri is the very heart of the city’s street art scene. The best way to discover the area’s street art masterpieces is to join an alternative tour led by a local street artist. 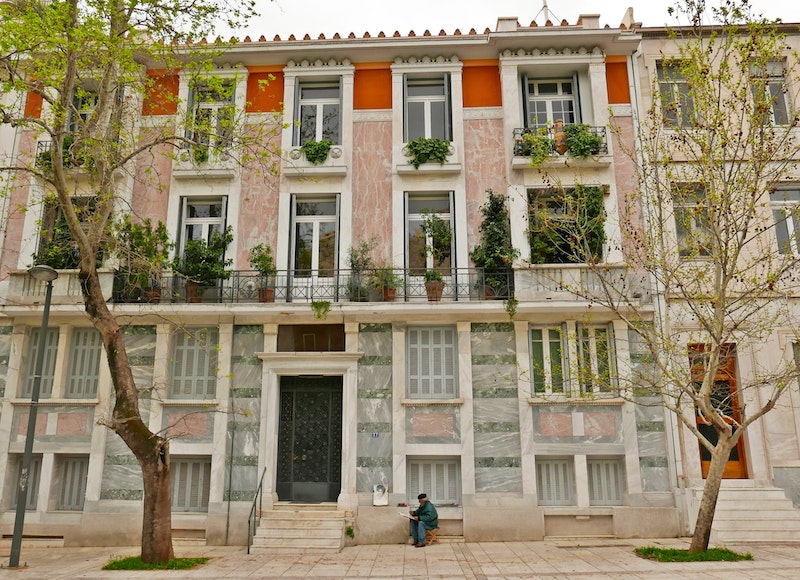 Koukaki has no must-sees of its own. In fact, it’s just a smart residential area with nothing tremendously special about it. Yet Koukaki has managed to be listed among the world’s best neighbourhoods more than once. It all comes down to the fact that Koukaki is an absolutely authentic part of Athens which, although near many major tourist attractions, manages to retain its laid-back character and local feeling. Plus, it’s home to Drupes & Drips, one of our favourite bars in Athens. 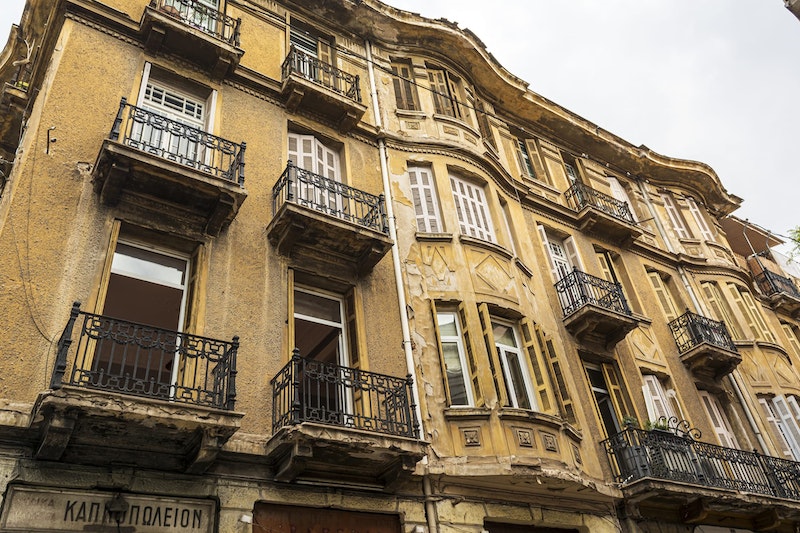 Historically, it was in the area of Exarcheia that the 1973 Uprising against the Greek Military Junta took place. Ever since then, Exarcheia never stopped being the rebellious side of the city, with riots and clashes between students and the police happening quite frequently. Yet Exarcheia is also the best alternative neighbourhood in Athens with perhaps some of the most reasonably priced bars and eateries in the city. 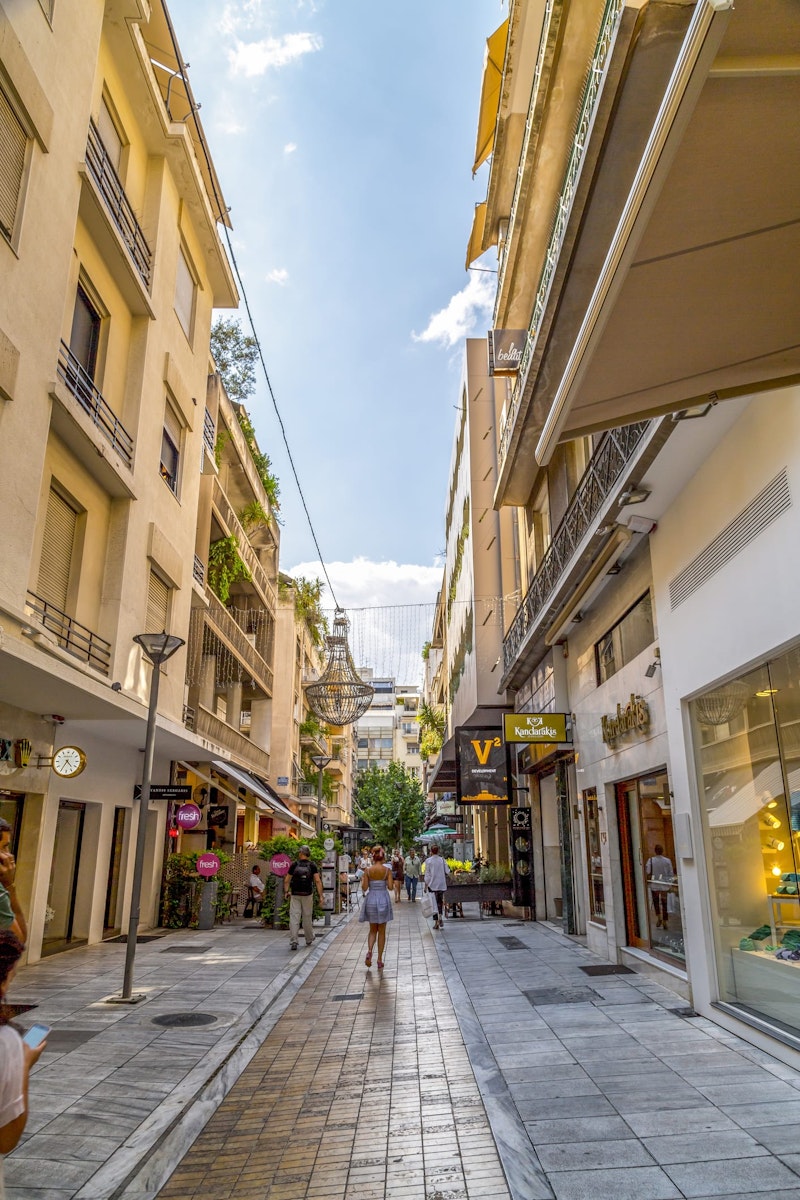 On the contrary, Kolonaki is the posh side of Athens. Streets in Kolonaki are lined with gorgeous neoclassical buildings and the area is one of the main shopping districts in the city. Don’t miss the chance to join a Greek Designers Shopping Tour which will initiate you to the unique ambience of Kolonaki.